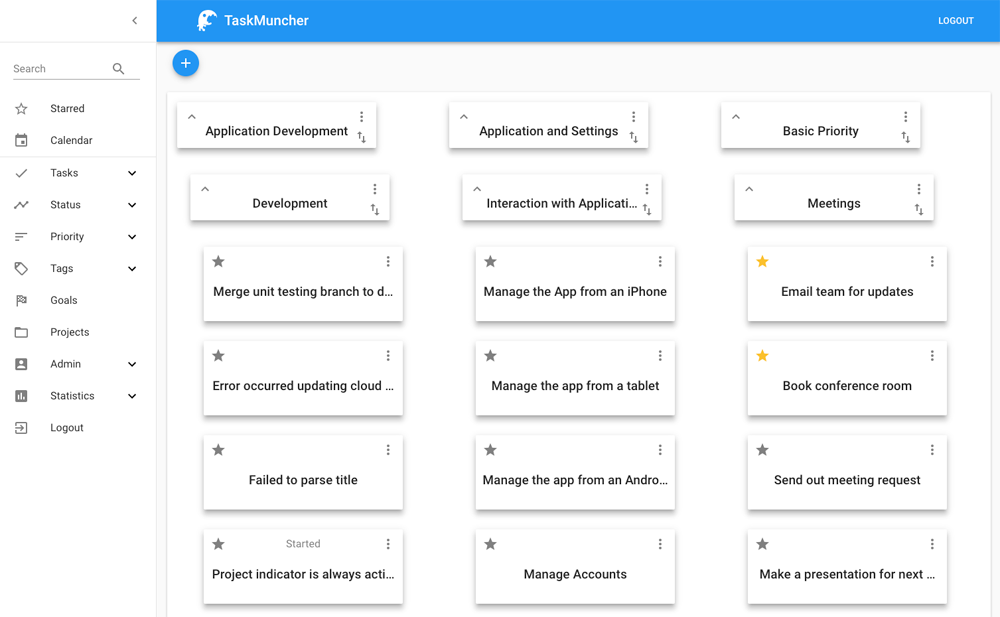 TaskMuncher is the easiest way to get it done, whether you're making a shopping list, planning a holiday or managing multiple work projects.

Use TaskMuncher to organize and keep track of everything so you can get it all done and enjoy more peace of mind. 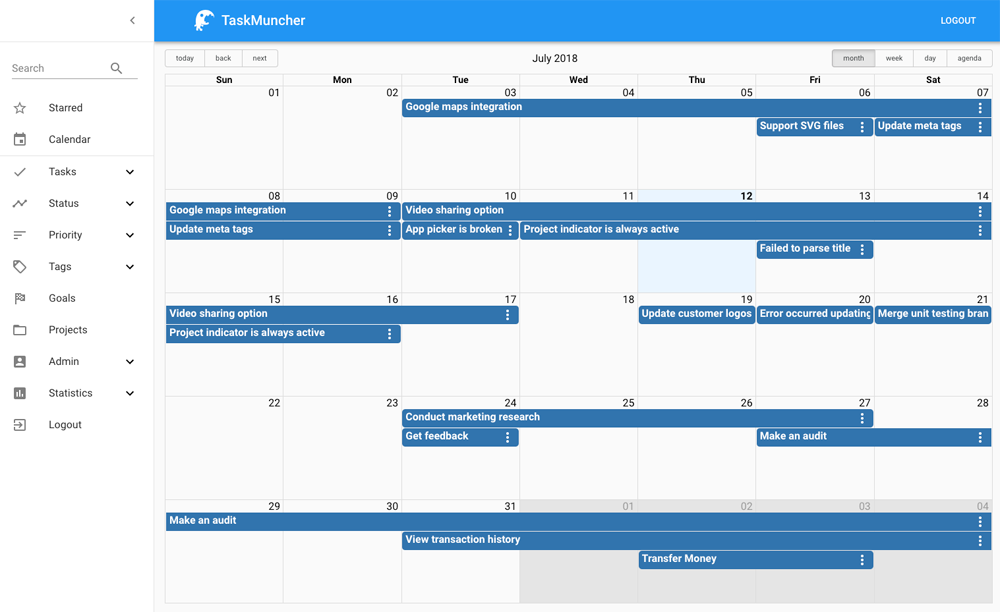 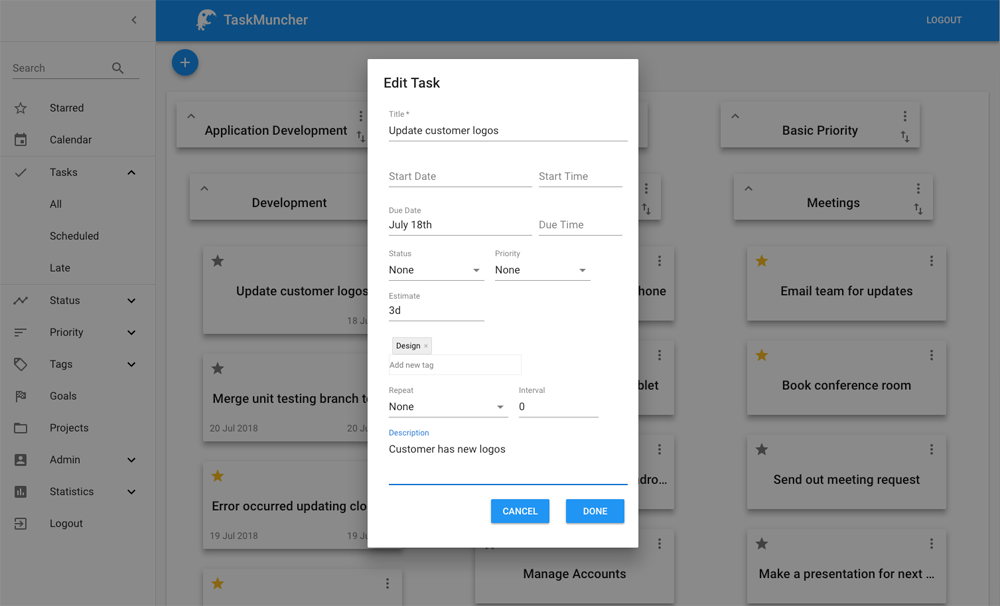 TaskMuncher is deployed to a Digital Ocean Droplet.

TaskMuncher is also deployed to an AWS EC2 instance.

The following describe a series of tasks. They should be performed in the order shown.

The following describe tasks required for the maintenance of TaskMuncher at Digital Ocean.

The following describe tasks required for the validation of TaskMuncher at Digital Ocean.

For a simple application deployed from a single Github repository:

TaskMuncher has multiple Github repositories and thus is not suitable for Heroku. The testing deployment is another droplet at Digital Ocean, in effect a duplicate of the actual production environment.

As a user, I should be able to:

A list of user stories to be supported in the MVP:

As a user, I should be able to:

List of the distinct screens or pages that your end user will interact with.

User Journey for Each Screen

For each screen, specify the way(s) the user journeys through the page. Use User Flows

User has a list of articles. User selects an article User is presented with the article.

Now that MVP is live, it's time to get user feedback. The sorts of things you're going to want to find out about are:

Then, based on what you learn, do a round of iteration on your MVP to address any issues that came up.

Note findings from user feedback. Note what, if anything, I did about it.

Also on your landing page, you should probably have 3 or 4 items per row (those things with icons and description) aside those comments and generally some UX stuff.

Amazing job, this is a very valuable project for your CV. Also feel super fast and fluid.